This morning’s AP article by Ellen Simon, “Independent Truckers See End of the Road”, caught my eye because I’m in the trucking business-as a company driver. Ms Simon’s well-researched article is right-on regarding the high cost of fuel and other factors having fatal effect on today’s truckers. She’s right as far as she goes on the fact that large carriers can lower expenses by buying fuel and parts in bulk. But that’s not what accounts for the fact that the large publicly-held carriers are seeing their stocks rise in an era of reduced freight.

What is not clear from this article is the fact that most of the large carriers showing better profits in what is likely the worst trucking economy in many years are heavily invested in freight brokerage. Ms Simon interviews independent trucker, Robert Griffith who explains how his net income has gone down to just $11,000 in the past year and he makes the point that freight brokers are a large part of his problem. The fact is, freight brokerage is the transportation industry’s equivalent of the dot-com bubble of the 90’s. Everybody wants a piece of the action and there aren’t enough pieces to go around.

Anyone familiar with transportation stocks knows that they have traditionally been slow steady producers-hardly the glamour stocks of the tech industry. The past five years shows the Dow Jones transportation Index producing an average of over 18%-an unheard-of return. This higher return has attracted big financing to the industry in droves with the result that there is ever-increasing pressure to engage in brokerage to pump up stocks in an economy of poor freight rates. Given the atmosphere of trucking after deregulation, it is no surprise that independent truckers cant compete with the pay and working conditions imposed by big bankers bent on making a profit at his expense.

Freight contracts, once negotiated in yearly or quarterly increments, are now tendered daily or more via the internet. Freight brokerage firms have sprung up all over the place-all vying for a larger piece of a decreasing market. Large carriers, forced into a brokering situation to keep their trucks moving soon found there was more money to be had in selling the freight they had contracted for to other carriers. This gives them the advantage of not having the costs associated with rolling stock, payroll, and liability and fuel costs-the very items that have always kept profits low in a labor-intensive business. ekspedisi Jakarta Medan

The existing situation is such that large carriers often sell more of the freight they have acquired than they keep. A truckload may change hands three or even four times before it ever gets to the truckers, with each hand keeping between 5% and 15%. Given the high cost of fuel and cost of living, the independent trucker nets less than even one of the brokers who passed that load on-and he’s the one who expends his capital in terms of time, expenses and liability.

The industry has seen a trend toward privatizing large carriers in the past year. There is also a trend to cut back on the size of fleets on the excuse that the freight economy is bad. In truth, it appears some of these carriers are reducing their inventory of rolling stock in favor of freight brokering at the expense of their drivers. Contrary to industry rhetoric, driver wages are going down, not up. Many carriers are eschewing company drivers in favor of independent contractors who take more of the liability risk in a highly risky business. As the astute independent driver refuses to contract a load that puts his profits into negative numbers, there are always an increasing number of small carriers and independents who will run less-than-legal in terms of equipment and legal drivers. To say that enforcement of the regulations is less than adequate is an understatement: most illegal carriers will have all the freight they can handle at a rate that’s only profitable if they skirt the law. Their chances of getting caught are slim.

Enter the large, high-profile carriers and their constant whine to Congress for more drivers, imported drivers and taxpayer-funded incentives. Know this: there is no driver shortage! Wages are going down, quality of work-life is going down, and benefits are going down. Some few honest carriers have put drivers in lay-off status. Most, however, take advantage of the fact that truckers aren’t protected under Fair Wage and Hour and force them out by keeping them on the road sitting in some expensive truck stop and spending more than they earned for weeks on end. When they inevitably quit for survival, the carriers then regenerate their self-serving whine about the driver shortage. What they want is new, cheaper drivers, untrained, inexperienced, often of questionable legal status and demanding less in the way of acceptable standard of living. Thus, these carriers are increasing their profits by sucking the lifeblood out of their employees and contractors at the lowest rung of the corporate ladder.

Major shippers, for their part, demand lower shipping rates as their cost for transporting imported goods from greater distances rises. Carriers, shippers and bankers then all put pressure on Congress to institute favorable legislation geared toward increasing their profit margins. When the public outcry due to some egregious act of negligence on the part of a trucker results in negative publicity, the carriers who orchestrated the situation in the first place is invariably protected and additional regulation placed, once again, on the individual trucker. The only group not receiving benefit from this arrangement is the driver who faces lower wages, higher costs and inevitable loss of employment.

Enter the Mexican Truck Pilot project and large carriers’ behind-the-scenes advocacy for such a program: carriers, who are already making their majority profits by brokering freight, already have a large volume of cross-border freight and are looking for ways to pay the least amount of their profit to the actual trucker who hauls the freight. Ray Kurtz, chairman of the American Trucking Association recently stated at the Ontario Trucking Association annual convention that relaxing cabotage restrictions was the next logical step in increasing freight efficiency. For the unenlightened, cabotage regulations require foreign carriers to only move a load of freight into the country and to move a load out-it precludes the movement within the country of state-to-state freight. This is the latest effort by the ATA to remove American drivers from the equation altogether. While US truckers who oppose this project are called racist, protectionist and the equivalent, the potential for loss of their livelihood to unregulated foreign trucks is the over-riding issue. Safety issues notwithstanding-and there are plenty, American truckers thoroughly resent the loss of their livelihoods, their homes and their standard of living to yet another banking conglomerate bent on sucking the lifeblood out of the middle-class.

Yes, it IS the end of the road for independent drivers-it’s also likely the end of the road for the American trucker in general. None of this will result in lower costs or better efficiency for the American public, however-it will just increase the profits of a certain small segment at the top of the income divide. In an economy that has failed many within the middle-class, it’s time for government to get back to their first responsibility: that of assuring the future of ALL Americans, not just the chosen few. To do otherwise is to expect the loss of another three to six million jobs to devastate an already faltering economy.

Different types of packages are available on our website so you can find the perfect package. 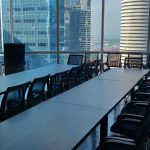 Factors To Consider About Mould Removal